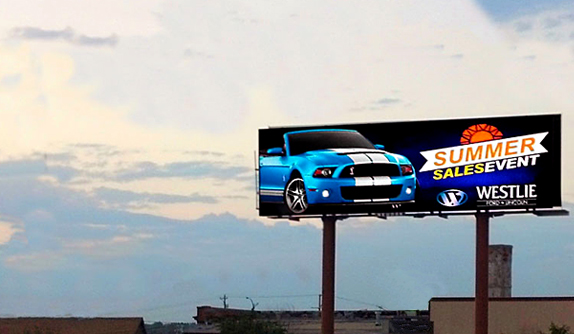 A major concern some people have is that the lights will be too bright during the day and will negatively impact the visual appeal of the advertisement. Digital billboards are made with built in light sensors, causing the lights to dim during the day, and brighten at night ensuring your advertisement will be seen 24/7 by all who come across it. 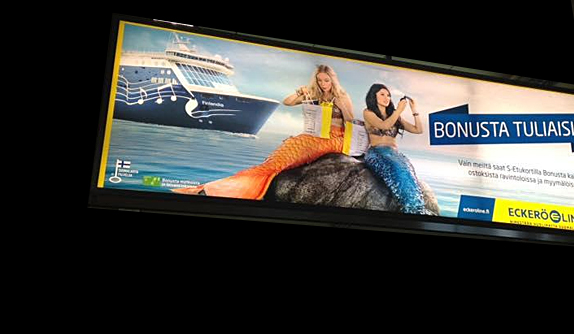 With digital displays, there are no printing costs for any vinyl or other poster materials. The advertisement is simply an image that is displayed on a large screen, so there is no concern about printing quality or weather damage. Not only are you saving on printing costs, you are also saving on time. If an advertisement is displayed only at certain times, you are allowing your ad to skip that times of day where there isn’t nearly as much traffic and is likely just costing you money. 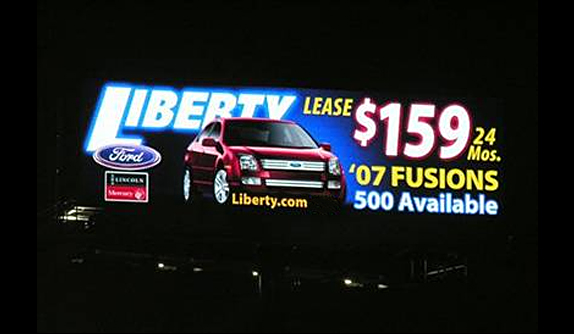 MULTIPLE ADS FOR ONE COMPANY

Let’s say you have two events coming up and you would like to advertise both of them, but you only want them to appear in one location. With digital billboards, you can have two different ads appear back-to- back so you can promote both of the events and still hit the same market. If you only want to purchase one segment, but still want to display both ads, no problem! Digital advertising allows you to split up your time and display both advertisements in one segment. 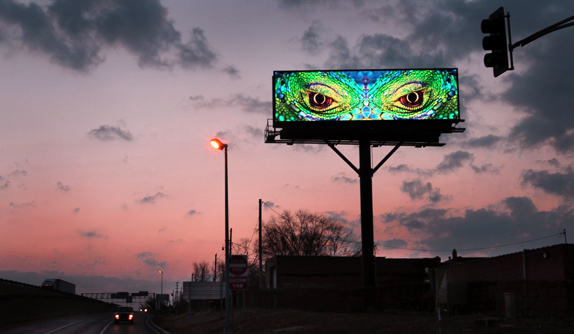 When driving down the road, people are usually aware of their surroundings and, let’s face it, it’s pretty difficult to ignore bright lights that are constantly switching between ads. Digital advertising is a great way to make sure your ad is not only being seen, but also keeping the attention of your audience. The digital ads are usually located along the busiest streets and highways, so the amount of people seeing your ad will be much larger than if you were to go with a traditional billboard. 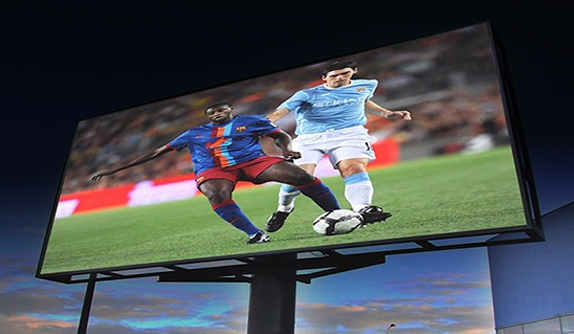 Combine your digital billboard ads with social media for a synergistic effect that increases the effectiveness of your messages. With Geo Fencing, we can send your billboard ad to every phone that passes by your billboard. 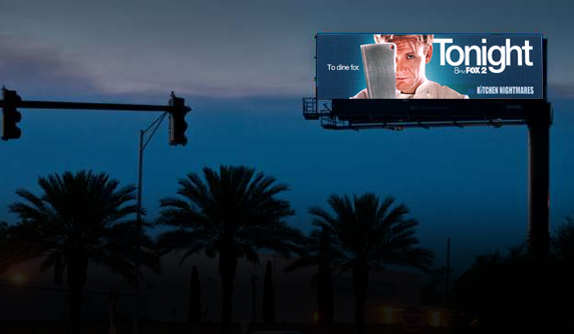 One of the disadvantages of traditional billboards is that any necessary advertisment changes have to be reprinted and reinstalled onto the billboard. Though it’s not generally difficult, it does take some time to uninstall one ad and put up another. With digital, a change can be made in a matter of seconds. Since it is just a program displaying the advertisement, the file would just need to be updated and the new ad would be in place. Digital advertising is a new and innovative way to show the world what your company can do. Society is moving forward and it is taking the advertisements with them.

Places your message on every DigiVision Billboard throughout the DigiVision Network.
- Applies to Digital Billboards

We know our market and our customers.
MEET OUR TEAM

A LOW COST PER THOUSAND IMPRESSIONS

DIGITAL BILLBOARDS CAN BE CHANGED EASILY

COMPLIMENTS ALL OTHER MEDIA FORMATS

REPEATED EXPOSURE | MANY TIMES | EVERY DAY 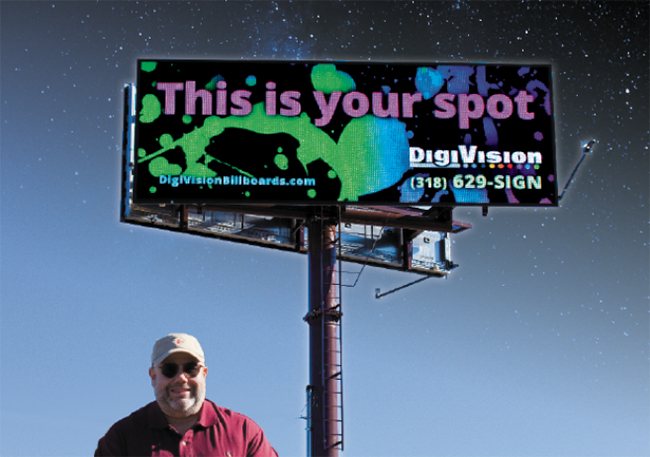 Rinaudo Media Inc. is a full-service advertising agency in business promoting. The company originally specialized in TV and radio when it first opened in 2003.

But times have changed, and technology is advancing.

“In the early days of my ad agency journey, we would utilize The Shreveport Times, the Yellow Pages, TV, radio, print, direct mail and outdoor methods,” Rinaudo said. “These were the media choices for a complete ad campaign – utilizing them all together gave the perception that the business was everywhere.”

While Rinaudo appreciates the ease of having advertisers do the continual work for business owners remotely, he now has a different point of view.

“Imagine the power of being in your vehicle, and as you approach the traffic light, a digital billboard flashes this message: Four 12 Packs of Coke Zero for $7 today only,” Rinaudo said. “Of course, you immediately turn the wheel and drive into the nearest store lot – because the urgency of that compelling message grabbed your attention and forced you to respond. That’s immediate return on investment for that advertiser.”

Because of that possibility, Rinaudo decided to go into the digital billboard business, creating the name DigiVision. “It’s a massive digital TV screen that doesn’t air programs or play music – it only delivers compelling messages for its advertisers,” Rinaudo explained.

“Since I’m a business promoter, I understood that these digital billboards needed to be at traffic lights,” Rinaudo said. By state law, the graphic image shows for eight seconds. “Being stopped at a traffic light allows the masses to see multiple compelling messages,” Rinaudo explained. “This also gives more advertisers a better chance at their own return on investment.”

For Rinaudo, the secrets to making an advertising campaign successful is an easy formula: Reach, Frequency and Message.

Reach – “You need to first know who is the target demographic for the business you’re promoting,” Rinaudo said. “Then figure out which medias allow you to reach the most of them for the lowest cost per thousand.”

Rinaudo started in advertising in 1991 working as a media rep selling commercials on 98 Rocks radio. That was when he learned that frequency is key. “The more a song aired on the radio, the more popular it became,” Rinaudo said. “It became illegal for record companies to pay a program director to play a song in AAAA Rotation. A song deliberately played in Quadruple A rotation could be forced to be a hit song.”

Message – “Your Message must be compelling, with a strong call to action,” Rinaudo said. “You must create urgency!” “When an ad campaign achieves Reach, Frequency and Message, the advertiser receives a return on their advertising investment every time,” Rinaudo said. “Show me an ad campaign that failed, and you will easily find Reach, Frequency or Message not utilized correctly.”

Rinaudo’s vision for digital billboards would give his customers the frequency he desired. He decided to put his plan into action. “I grabbed a former business partner of mine, Steven Keene, who is a numbers guru,” Rinaudo said. “Together we met with Paul Gordon, another brilliant businessman that I had been working with as one of my clients for the past 15 years.”

The trio pitched the idea to investors and secured seven ground leases, as well as city and state permits before the moratorium on May 15, 2017.

Their first digital billboard went live in mid-November. “Our goal is to do 11 billboards in our area,” Rinaudo said.

“Today through our competitors, you rent one space on a digital billboard face for a four-week cycle. If you want more than one face, you rent another space on another face on another board. Each face is a different fee,” Rinaudo explained. “With the DigiVision Billboard Network, you’ll pay one affordable fee! You’ll be on every board and every face, allowing you to cover the entire market.”

“I truly believe without a doubt I’ve created a better opportunity for my customers to advertise,” Rinaudo said. “I’ve reinvented the wheel – all which came from a mission to deliver the strongest return on investment for my advertisers.”

"9 OUT OF 10 PEOPLE NOTICE THE ADVERTISEMENT ON BILLBOARDS"
- Source: Arbitron

"RECALL FOR SPECIFIC BRAND RECOGNITION HIT 50% FOR MANY ADVERTISERS"